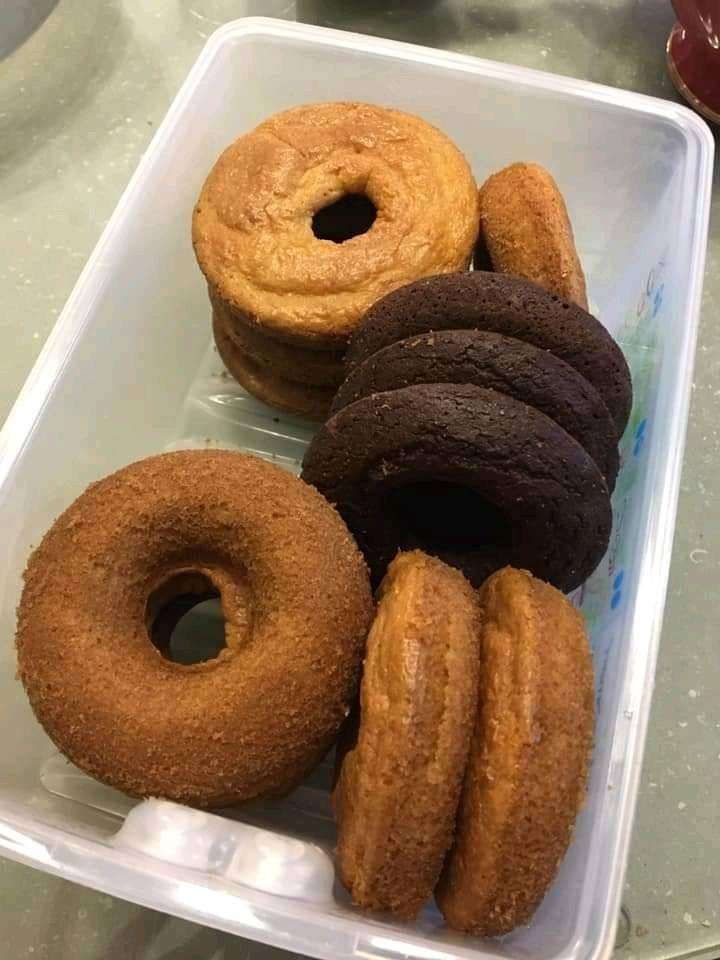 Keto Cinnamon Donuts are the most soft and pillowy low carb donuts that are perfect for the breakfast or anytime when you crave for classic cinnamon donut. This is the most easy recipe to make without need of any mixer. Most of all, it is Paleo, sugar free, grain free as well as gluten free.

How to make Keto Cinnamon Donut?

1 Take a large bowl and whisk together the eggs, almond milk, apple cider vinegar, melted ghee and the monkfruit seetener until it gets smooth and combined well.
2 Now, take a separate medium bowl and combine the almond flour, cocnut flour, xanthan gum, cinnamon, baking powder, baking soda as well as salt. You can now slowly add the entire dry ingredients to the wet ingredients and stirr it until it gets combined well.

4 Now, you need to bake it in the preheated oven at 350 F for about 12-15 minutes (for mini) or 21-24 minutes (for regular sized) until it gets golden brown in color. You can now remove the pan from the oven and set it aside until the donuts are that cool enough tohandle. Adding Cinnamon Coating:

5 While the donuts are getting baked, you can stir together the granulated sweetener and cinnamon in a small bowl. Take a small separate heat safe bowl and melt ghee into it.

6 Now, pick every cooled donut and lightly dunk it in melted ghee and then, roll it into the cinnamn/sweetener coating.
You can repeat it with the remaining donuts. Adding chocolate glaze:

1. You can now add the chopped chocolate and coconut oil to the small heat-safe bowl and melt in the microwave. You need to stirr it in the sweetner until it gets properly combined. Now, you can dip the cooled donuts into the chocolate and place it in the fridge until the chocolate coating get set.